If I didn’t know better, I’d swear my four-year-old nephew was out to kill me.

The kid is cute as hell: funny, smart, inquisitive, affectionate, and obsessed with all things technological — including my insulin pump.

Sunday evening found us all at my in-laws’ place for Super Bowl activities. After he’d exhausted the battery life and the game options on my iPhone, the little guy asked if he could “see” my pump. It’s a request he’s made before, and one I usually agree to. I like that he’s fascinated by all of my diabetes management tools, and I might have this fantasy that he grows up, inspired by me, to build the World’s Most Awesome Insulin Pump.

I’ve never been too concerned about his button-pushing. I’m usually watching him and explaining the pump’s features, and really, it takes a pretty complex series of commands to execute a suspension or a bolus. He couldn’t possibly accidentally give me a bolus of 10 whole units, right?

Somehow, as wee Mr. Wojcik was taking pains to clip my pump back on my pocket, he did just that. I heard a random beep and looked down, just in time to see the “Bolus Delivery” screen flip from 9.9 to 10.0.

I sought out my husband and took him aside. “I was letting T play with my pump, and he just gave me 10 units of insulin.”

“It’s already done. It’s undo-able. It’s, like, all in there.” I was trying to communicate the urgency of the situation without drawing the attention of my in-laws. It was my fault, after all, and I had this terrible vision that I’d end up in the hospital in a low-induced coma — or worse — and my nephew would forever be known as The One Who Killed Aunt Jacquie. 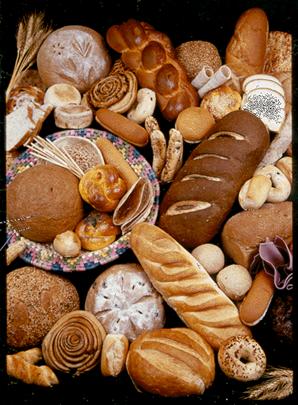 Almost enough carbohydrates, but not quite.

We left pretty quickly, stocking up on foodstuffs along our way home. Over the next two hours, I ingested a sickening mass of carbohydrates, made up of:

To say that I was nauseated would be an understatement. I lay on the couch, groaning and grimacing and checking my blood sugar every 15 minutes, trying to talk myself into eating just one more bite of something.

Thankfully, the lowest my blood sugar got was 43, and it only stayed that low for about 10 minutes. About three hours after The Incident, I was at 85 and climbing. Once I knew I was safe, I was eager to put the panic of the evening behind me; I was asleep far before the end of the game.

If my nephew is out to kill me, he’s going to have to start brainstorming different tactics. I’m never letting him touch my pump again.