Last Saturday night, I had the pleasure of attending the Northeast Florida JDRF Gala with my husband and a few coworkers.

The company I work for was a sponsor for the event, so my steak, and my seat — and everyone’s booze — were free. (As thrilled as I’d be to see a cure for diabetes, I can’t afford to spend $350 on a night out — even for a good cause.)

It was one of my first up-close experiences with JDRF, and I feel like I spent the night trying to figure out just how to feel. I mean, it’s weird to get dressed up in Spanx and a cocktail dress just to spend the evening surrounded by wealthy folks who are all there to help fix The Thing That’s Wrong With You. And that night, there was no getting away from The Thing That’s Wrong With Me.

Dinner began with a short video about “Juvenile” diabetes (The term “Type 1” was scarcely used during the evening’s presentation). Several children — including the super-cute and eloquent 10-year-old honoree, Aria Todd — talked about their experiences with diabetes, and why they want a cure. There was even a moment dedicated to two or three adults who’d been living with Type 1 for decades. 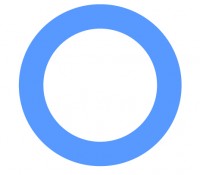 But for the most part, the evening was dedicated to the juveniles with Juvenile Diabetes — and they were everywhere. I saw preteen boys with pumps and test kits hanging from their belts, little girls whose outfits included long velvet dresses, perfectly curled hair, and hot pink infusion sets stuck to their upper arms. The 12-year-old diabetes camper in me wanted to run up to each and every kid and ask them about their meters, or their pumps, or which fingers they use for blood sugar checks. But I’m 32, and they were all under 16, and nobody wants to be the weird old diabetic lady who’s way too interested in children. I’d never been surrounded by so many PWDs that I felt like I couldn’t talk to.

As the night continued, I started to feel more and more of the JDRF alienation that I’ve heard so many adults with Type 1 talk about. At one point, after four or five different children had been humiliated brought out to model auction items, I turned to my husband: “What are they going to do for these kids when they grow up?”

I don’t want to sound bitter here; I know it’s not all about me. I also know that part of running an effective fundraiser is demonstrating a need — and that that involves showing potential donors the profiles of children who might potentially go blind, who may have kidney issues, who don’t like having to treat a low in the middle of recess. But I’d like to think that I might have helped motivate the most deep-pocketed in the audience if I’d climbed up on stage in a free-beer-induced advocacy frenzy and wrestled the microphone away from the emcee.

“You think this is tragic, wealthy philanthropists?” I would have begun. “Are you getting all misty eyed thinking about little Aria clipping her Animas pump to her tutu? What are you going to do for her when she graduates from college and has to take a job she hates just so she can have health insurance? Or if she can’t find health insurance at all? How endearing will it be when this kid over here doesn’t want to get his own apartment because he’s afraid of being alone during a severe insulin reaction? You think it’s scary being diabetic when you’re a little kid? Try being diabetic when you’re all on your own.”

Then I would have quietly handed the microphone back to the former local news anchor who was hosting the event, and as I made my way back to my half-eaten filet mignon, a slow applause would begin, gathering in strength and volume until a man in the crowd leaped to his feet, checkbook in hand, and donated a bazillion million dollars to the cause, renewable each year until a cure is found.

Of course, none of that happened. The Northeast Florida JDRF did raise what looked to me like a ton of money in silent and live auctions, and the younger diabetic kids danced to the disco band like their little lives depended on it. Dinner was delicious, and a good time was had by all — even those of us who had to try to enjoy the cheesecake dessert while watching a list of diabetes complications scroll on a pair of giant projection screens. (I will say that it’s strange to sit through such a somber presentation and then watch the crowd so easily transition into busting a move to Disco Inferno.)

I know the JDRF is trying to do more to reach out to adults with Type 1 diabetes — starting with the Type 1 toolkit they introduced earlier this year. But I couldn’t help thinking of the galas that might come 15, 20, and 30 years later — when the kids dancing in front of me would be trying to start families, or land a job, or deal with the onset of complications. They’d all be at home, and a fresh crop of newly diagnosed children would be there to take their places. I wanted to scoop all of them up and protect them from all the dumb diabetes things. I wanted all of us to get on a private chartered plane and fly to a place where diabetes doesn’t exist.

And as I teetered out of the disco-themed ballroom in my heels, I wished desperately for all of my adult friends in the DOC. It surprised me how much I missed so many people I’d never met in real life. And it struck me as such a shame that none of us Type 1s — not even the bounciest kids on the dance floor — will get to stay young, but the way things are now, we’ll all have to stay diabetic.

18 comments on “Acting Like an Adult at a Juvenile Event”