Thursday was Haircut Day. Dear God, I love haircut day. I always look forward to cutting out of work a little early, sipping on a little bit of diabetes-curing red wine, and sitting back to let the woman who’s been cutting my hair for the last ten years perform whatever genius experiment her heart desires. 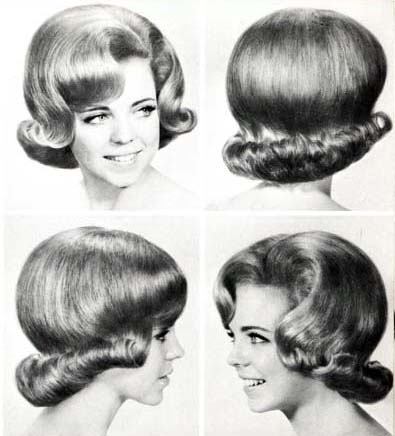 When there's no room in your dress for your insulin pump, you can always hide it in your hair!

The last several times I’ve been, however, I’ve had to wear my diabetes hat to the salon. Tina (the woman who cuts my hair) owns the place, and there’s another stylist who rents space in the salon — she’s usually there when I am. A few months ago, Tina leaned close as she was trimming away. “Amy just found out her daughter has diabetes. The kind you have,” she whispered. She went on to tell me how old Amy’s daughter was (15), that they were having a really hard time with it (of course), and let me know that she’d told Amy that I had diabetes, too (fine by me).

I still don’t know just how to react when I meet a parent whose child has recently been diagnosed with Type 1. Here is a person who’s just as intimately involved with all the ups and downs of Type 1 — the freak-out sessions, the small victories, the mind-numbing minutia of daily management — but he or she is experiencing diabetes from a different angle than I do. For all the guilt and frustration we feel as the actual patients, I imagine the parents feeling the same emotions two- or threefold. After all, parents of Type 1s face the same responsibility and inconvenience and worry that I do, but they have even less control over the situation. They’re trying to wrangle the hormonal and chemical and physical fluctuations of a body they’ve helped to create and take care of, but aren’t living in.

I’d never really spoken to Amy before, and I was loathe to broach such a sensitive subject while she was chopping away at another woman’s bangs. Tina was the first to bring it up: “I was telling Jacquie about your daughter. She has diabetes too, and it’s not a big deal at all. For a long time I didn’t even know she was diabetic. It’s not a big deal at all, is it, Jacquie?”

Ah, yes. The old “How sick am I?” conundrum. I struggle enough with questions like these when non-diabetics (or parents of non-diabetics) ask them. How would I present my diabetes life story to a woman whose daughter was just beginning her own quest?

“Well, it is a big deal,” I said. “I mean, it’s a huge pain in the ass. You just learn how to deal with it the longer you have it, I guess. I’ve had it for 19 years.” I went on to show Amy my pump, and I explained the CGM to her. I answered the questions she had about how old I’d been when I was diagnosed, whether I’d experienced any complications, how I coped with managing my blood sugar while I was at school.  (At this point she’d seen her last appointment of the day, so no bangs were at risk.)

Then, she started in with some things that worried me. Her daughter was still in her honeymoon phase, so Amy didn’t like the idea of giving her insulin. “Why aren’t they trying to get her pancreas to make more insulin?” she asked me. “Why aren’t they trying to fix it?” Then, this: “They have cures for diabetes in other countries. They’re just not allowed to use them here.”

I didn’t know what to say. I agreed that, yes, it’d be great if “they” could figure out how to jump start our beta cells back into production, and that we’d all love a cure — no matter which country it’s found in. I knew she must have been incredibly frustrated, overwhelmed with a ton of information (accurate and not-so-accurate), and looking for hope in something — anything.

When it comes down to it, I feel like all I can really offer to parents of children with Type 1 is myself. I’ve made it almost 20 years without suffering any major catastrophes, and if I can do it, they can, too. I’m just a lady with a normal job who drives a normal car to a normal salon to get a normal partial highlight and haircut, right?

I know from our past conversations that her daughter’s doing well, that she decided to wait until school started to look into an Omnipod so that she could spend some pump-free time at the beach over the summer, and that she’s rocking an A1c I would kill for.

Last Thursday, I sat quietly under my sweet foil wig, waiting for my highlights to develop, and watched Amy as she cut a 6-year-old’s hair into a fresh bob. I wondered how her daughter was doing with the new school year, how the pump acquisition was going, whether they’d found a doctor they liked. But I didn’t ask her about it, and we didn’t discuss diabetes — mine or her daughter’s. And that was fine. After all, it can be a great relief to talk about d-related things with a person who really gets it — but sometimes, all you need is a haircut.

9 comments on “Diabetes, Other People’s Daughters, and Haircut Day”